We need to remember that it is not our likes and dislikes that matter, it is the customer’s. An item may be inexpensive but if the customer has a deep emotional tie to it, it may be the most precious things she owns. If something is important enough for someone to go out of their way to come to you for help, it should be important to you as well. 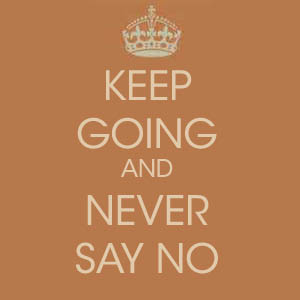 A Gold-filled Jump Ring
When I had a retail store, a woman came in wanting to repair a broken gold-filled chain. It was her favourite, everyday piece of jewellery. All it needed was a jump ring.  I had plenty of gold-filled jump rings on our bead and pearl bench, so I got one and fixed her chain on the spot. It was done a minute and the jump-ring cost less than a penny. I should have charged a dollar or two but didn’t want to bother with ringing it up so I asked her to put a donation in a jar we had for a local animal shelter.

As she wrote a cheque for the donation, she told me how frustrating it was to get her chain repaired. She visited four other jewellers in our town, an affluent seaside resort. In each store, she was told that they would never handle or work on gold-filled items. One even told her it was junk and she should throw it away.

She was so happy to find my store and assured me she would return. Her donation to the animal shelter was $500. The following week she had us design a $7500 custom piece for her. She brought two of her friends when she came to pick it up. One of the friends ordered a custom piece for herself while the other friend went on a shopping spree. She was a jewellers dream customer…. new to town, wealthy, and loves to buy jewellery. Over the next few years, her purchases totalled more than $100,000 and her referrals were worth another $250,000.

Any of the other jewellers could have easily sold her a 14K jump ring to make the repair. She wasn’t looking to buy a part, she just wanted a solution to her problem. But they said no to something as simple as a jump ring. If it is a repair you really don’t want to do, don’t say no. Quote a price that makes it worthwhile for you, even if it is far more than the item is worth.  You’ll be surprised at often they will go for it. They came for your help; give it to them.

← 6 ways to engage a customer
Can too much knowledge hurt your sales? →