With his latest article titled The Synthetic Diamond Scam, Martin Rapaport points a finger at the lab-grown industry, calling them out on a lack of ethics and fooling the public into believing they are a product of value.

There is an old saying: “anytime you point a finger at someone else there will always be three fingers pointing back at you.” 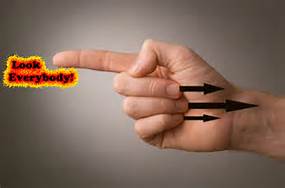 Rapaport states: “Those that market synthetic diamonds, claiming that they are a more ethical alternative to natural diamonds, are making false claims that threaten the lives and livelihood of millions of artisanal diggers.”

It is true that there are over 1.5 million miners that would be out of work if the mined diamond industry completely collapses.  Rapaport seems to believe that is unethical to bring a product to market that may cost jobs. Throughout history, technological progress has eliminated many jobs and product lines. That has little to do with ethics, it is evolution. Where are the people that made buggy whips, or 8-track tape cassettes, or any of the thousands of products, jobs, and professions that are now obsolete.

The natural diamond industry, while making significant progress lately, has a deeply embedded stench of unethical behaviour dating back a century. Even today, though there may be increased access to healthcare and clean water, the workers are paid subsistence wages. He admits the miners are among the poorest people in the world. Yet diamonds are among the most expensive substances on the planet and are only sold to wealthy people for adornment. DeBeers profits close to a billion dollars a year. The top strata of diamantaires can all be considered extremely wealthy. If the diamond industry was ethical, more of these profits would be funnelled back to the poorest people in the world who risk their lives and strain their bodies to produce those profits.

Rapaport accurately points out that progress and competition will drive the prices of synthetic continually downward. This is a terrifying concept to an industry that relies on a century of continually raising prices to support value.  He claims that the real differences between a natural and a synthetic are rarity and lasting value.

He states: “Synthetic sellers make a big point about disclosing that their synthetic diamond is exactly the same as a natural diamond. That is not true. Natural diamonds have natural scarcity, which enables them to be a store of value. Synthetic diamonds have no scarcity and are not a store of value. Consumers think they are buying a diamond with all of its attributes. They do not realize that they are buying something that does not hold value.”

Let’s do a reality check. Diamonds at the consumer level do not have lasting value. They are a retail, consumer product priced to cover overhead and profits at each step of a long chain of supply. Like a new car, they lose value the moment they leave the showroom. In the consumer to consumer secondary market, there is robust demand for a good used car. It is nearly impossible for a consumer to sell a diamond. Their only option is to sell back to the trade at a significant discount from wholesale.

To my knowledge, not one of the synthetic diamond companies claims to have a lasting  or resale vale. I can see where Rapaport is a bit upset by one statement on The Diamond Foundry’s website, (backed by Leonardo DiCaprio) that says :”Our diamonds are very rare. Our diamonds are made in small batches. Far less than 0.1% of all diamonds on Earth are from our foundry.” I would have to say that it is an accurate statement, but agree that it is misleading. All synthetics make up a very small percentage of available diamonds, so for right now synthetics are more rare than natural.

Natural diamonds are not rare. In the fourth quarter of 2015, one of their worst years ever, DeBeers production decreased 16 % to 7.1 million carats. 7.1 million of anything, except perhaps atoms and molecules, can not be considered rare. That is just what DeBeers releases to the market as they control the supply to simulate rarity. Yet, they still like to say that diamonds are rare and hold value.

He also bashed the synthetic industry for riding the coattails of mined diamonds by basing their pricing structure on a discount from natural. It is understandable for the growers to try to maximize their return on investment by pricing at a level the market will accept. The higher margins allow research and development that will eventually lead to larger production and lower costs.  Eventually, the market will move to a cost plus model with stiff competition.

He also fears that consumers will be angry when the price comes down. This is true with all early adopters of technology. Early cell phones were priced at a few thousand dollars. My first IBM computer was over $8000. Prices have gone down, quality has gone up and people are happy to keep buying more. When synthetics get cheap enough, everyone will be able to enjoy diamond jewellery.  And the best part for the consumer is they will have better-looking diamonds than they would get with natural stones.

The natural diamond industry is struggling to adapt to the new realities and they need a scapegoat. Synthetics are an easy target, they are the newcomers on the block. The don’t belong to the old and venerable diamond industry. The industry needs to look within itself to adapt to the future. Generic marketing can help in the short term, but deep fundamental changes must be made to maintain their share of the market. Honesty and transparency are essential. Even stronger efforts to return a greater share of the profits to the labourers and provide educational and training opportunities to help them find work outside of the diamond mine. After a century of abuse and poverty, they deserve a chance to have an independent life.

Eventually, the diamond producers will need to dump their commercial supplies to meet the tumbling prices of synthetics. But this will be offset by a greater market potential. Early electronics were expensive, and like diamonds, they required a certain degree of affluence to own. Only a few had them. Now, everyone has at least one phone and a couple of computers. The market is monstrous. And I don’t hear any of the producers of popular technology singing the blues.

The diamond industry needs to realize that a diamond is no longer special or rare. It is a consumer product available in vast quantities. If they can understand that simple fact and take actions to compete with all consumer products instead of attacking a direct competitor, there is a bright and prosperous future for the industry. If they continue their old ways of market control and manipulation, they will be facing harder times in the very near future.

← High auction prices and your store
Understanding Millennials: Why It Matters →