The newest player in the field of diamond grading in none other than DeBeers itself. The International Institute of Diamond Grading & Research (IIDGR), a part of The De Beers Group of Companies, is making its services available to the trade in general.

Established in 2008, the IIDGR is primarily involved in research, the development of advanced instrumentation for screening and grading diamonds, as well as providing grading reports for the DeBeers “Forevermark” diamond brand.

Over the last few years the diamond grading and laboratory field has been plagued by trouble. issues at EGL International were at the forefront followed by hacked diamond reports and undetected treatments at GIA. The diamond industry relies on lab reports yet there is a lack of reliable and consistent grading standards. Most people in the industry have experienced sending a stone to a lab more than once and receiving different grades each time.

The IIDGR addresses the issue of consistency in a very direct manner. As much as possible, grading will rely on technology. All colour grading will be done with the DeBeers R&D Colorimeter and an instrument will determine clarity grades from I3 to VS. To further refine their grading accuracy, each grade will have sub-grades numbered from 1 to 5. All stones will be graded by humans as well. Any discrepancies between human and automated grading will require the diamond to move through the grading work-flow again. 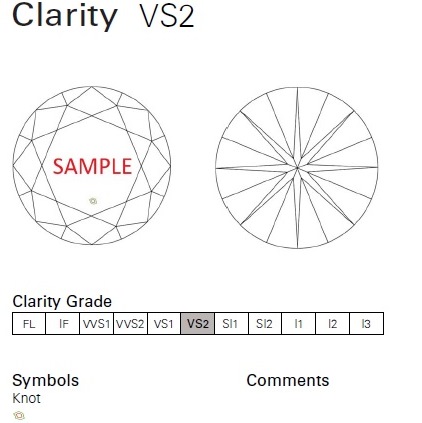 DeBeers is the undisputed leader in detecting treated or grown diamonds. They are at the cutting edge of technological capabilities to separate natural from treated or synthetic diamonds. All diamonds will be screened and diamond grading reports will only be issued on naturally mined, untreated stones.

One thing that impresses me is the degree of transparency about their standards and procedures. This is surprising coming from a company known for its discretion, privacy and secrecy. In a 90 page pdf they talk about their tracking, security and handling procedures. They go into great detail about their grading standards. With micro-photography and plotting charts they explain clarity features and how they affect the grade. This document should be required reading for all diamantaires, gemmologists and gemmology students. Even after 30 years in the business, 20 of them as a professional diamond grader, I learned a lot just from reading through their grading standards.

By opening their services to the trade at large, the IIDGR has the potential to become the leading diamond laboratory in the world. If they make their technology available to other labs, we may even see true, repeatable international diamond grading standards.