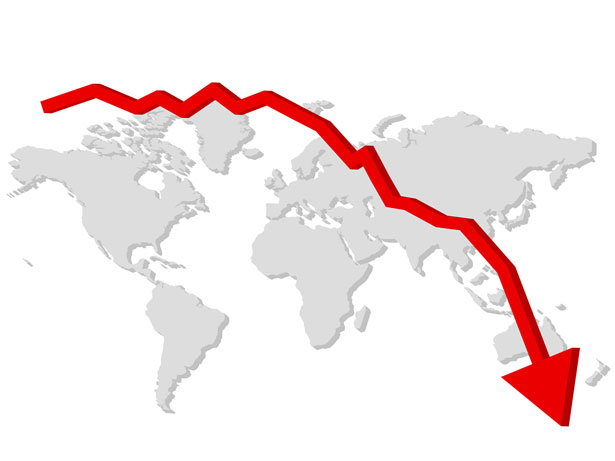 Virtually every trade publication or blog is talking about the diamond crisis. Prices are plummeting and demand is falling across all levels of the industry. Companies in default, bankruptcy and closing doors are becoming all too common. From the mines to the cutting shops and the sales floors, workers are being laid off. Most people are acting surprised, blaming the economy, the currency markets, lending policies, the weather, and anything else they can think of. The only thing that has not been taken into account and possibly the one thing that made this collapse inevitable is greed.

For close to 100 years De Beers ruled the diamond industry with an iron hand.  Monopolizing nearly all of mining production worldwide, they manipulated the prices and availability of diamonds.  They strictly controlled who would be allowed to buy rough.  They decided what their customers could buy.  The customers had no choice or options.  They had to take what De Beers told them to buy or leave the game.  Allocation of rough at the sights was based on the cartel’s needs, not the sightholder’s desires.

Prices increased at almost every sight. Price resistance was countered with cut backs on production to create a stronger demand.  When prices were strong, more diamonds were presented at the sights.  Since the sightholders had no choice but to purchase what was offered, the high prices only served to create higher profits for Debeers.  Sightholders often had to discount their finished goods to turn their inventory in time to be ready for the next sight.  It was an endless and vicious cycle resulting in a steady price increase of diamonds at the consumer level.  This led to the belief that diamonds were a good, solid investment; perhaps one of the best investments you could have.

But this steady climb of apparent value always relied on a falsely manipulated pricing structure.  It was never a real, value-based market.  It could only continue as long as De Beers had nearly total control of diamond rough.  Diamond prices could only be sustained with that iron hand monopoly.  But over the last couple of decades, the monopoly is eroding and the iron hand is turning to rust.

Today, that rusty hand is frozen in place.  De Beers is still attempting to manipulate the market.  Their response is traditional…lower the output to increase demand.  The only concessions they are willing to make is to “allow” their customers to defer purchases and they are being  ever so kind to not raise prices until this crisis is over.

De Beers may not realize it, but the game is over.  Diamond prices will continue to fall until they reach a natural price level based on demand vs true supplies.  Traditional market manipulation can no longer work.  Today’s consumers are just too smart and well informed.  They will not be fooled by fictional rarity and false pricing.  The free market is taking over and if De Beers or any other naturally mined diamond producers don’t want to be part of it, lab created diamonds will happily take over the bulk of the trade.

We can expect a very painful adjustment period and unfortunately many companies will fold and more jobs will be lost. We can’t expect the diamond market to return to normal.  That bubble has popped.