Just in case you haven’t heard, RapNet announced it will no longer list diamonds with EGL reports on their trading platform to eliminate possible confusion over grading standards. This action is, in part, due to the high profile lawsuits over grading discrepancies between different gemmological laboratories. Most people in the jewellery trade have strong opinions about the validity and reliability of grades from all labs and particularly the worldwide group of EGL labs. Many feel this ban comes as a welcome step in the right direction. This is not a new point of contention. More than a decade ago EGL USA unsuccessfully requested the U.S. Bureau of Customs and Border Protection to block the importation of stones with EGL International reports.

GIA created the grading nomenclature but never applied for copyright or trademark protection. This is understandable. If the terminology was proprietary and protected, GIA would need to license its use and continually re-certify the licensees; a logistical and expensive quagmire. So the nomenclature is open for anyone to use with needing to conform to the GIA grading standards. I can call a stone a G and someone else can call it an M and we both have the right to our opinions. This leads to confusion within the trade and an absolute nightmare to the poor consumer. 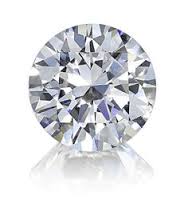 Diamond grading reports are based on human evaluation and are subject to human errors. They are an opinion and not a hard fact. Virtually all labs have disclosure statements that state they are not responsible for errors or differing opinions and will not stand behind their grades. The final burden of responsibility falls on the seller of the stone and not the lab. As in the Genesis Jeweller’s case, it is the retailer that gets sued while the lab gets off the hook.

Perhaps it is time to hold gemmological grading labs responsible for their opinions. We pay good money for their opinion and make financial decisions based on that opinion; decisions that could have tens of thousands of dollars difference over a few grades. Yet in the long run the reports are only worth the paper they are printed on. If they are wrong it is your problem, not theirs. You pay your money, you take the chances.

There is talk about establishing international diamond grading standards but that leads to other problems. We need to answer the questions of whose standards and who will enforce those standards before we can even think of correcting this situation.

Automated grading and new nomenclature could be an answer. We are part of the way there with laser mapping of diamond dimensions. We have colorimeters to help determine a colour grade but they are not completely consistent and can be fooled rather easily. So far there are no working devices to grade clarity. Technology will eventually get us there but we still have a long way to go.

Until then it is up to the jeweller to educate their customers on different grading standards at different labs. They also need to educate themselves enough to have confidence in their own grading abilities. After all, the jewellers are the ones holding the final responsibility… not the labs.

← A Jewellery Show Survival Guide
Should diamonds be a commodity? →