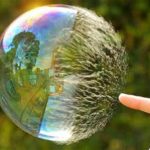 Martin Rapaport published an article calling the actions of the diamond mining companies and banks a Ponzi scheme.  He points out the free-falling sales volume of Debeers. The De Beers November 2014 sight was $527 million, while the November 2015 sight fell to about $70 million. Later, in his Weekly Market Comment, Rapaport calls for resignation of De Beers CEO and a 30-50% rough price cut to inject liquidity and profits into diamond trade. He points out that De Beers stopped buying and paying Botswana for rough, and 2015 De Beers rough sales are expected to plummet at least 60%, possibly 70%. He believes that the diamond bubble is about to burst.

Are rough diamond prices too high?

If rough prices come down will this increase trade profits?

The debates are lively and boisterous. Some agree that rough prices should be lower to stimulate sales and increase margins for the cutters.  Other feel that all prices, including the listings on the Rap sheet need to keep going higher to bolster the consumer’s belief in the continually increasing value of diamonds. Some are even calling for licensing of anyone in the diamond business, unionization, and even a strike to withhold diamonds from the market to force an increase in demand.

It is obvious that many of the people in the debate are running scared. They are seeing the potential of losing their business altogether. And they have good reason to be terrified. The diamond industry has been built on a foundation based on manipulation of both supply and prices.  This served to create an illusion that all diamonds are rare and valuable. This created a huge bubble of false values.  When that bubble bursts we will be left with diamond prices that are pennies on the dollar of current prices. Many people will be left holding an empty bag.

However, there is some good in all of this. As diamonds become a free-market product two things will happen.  Truly scarce goods…very large, fine stones and coloured diamonds will rise in value as collectors bid for rarity.  Everything else will become extremely affordable. Commercial diamonds will only be a manufacturing component for jewellery rather than being a value centre on their own, bringing the price of diamond jewellery to approachable levels for more people.

There is precedence for the exact situation with another mineral: Salt. Salt was once considered as one of the most precious and rare items on the planet with a value equivalent to gold. Only the wealthy could afford it in quantity. Salt even entered our language and culture. The word “salary” comes from a time when the Roman Legions were paid with salt. That led to the phrase, “He is worth his salt,” meaning that his work was worth the price of his salary. Fortunes were made in the salt trade. Salt is now so cheap that we find a large shaker of the mineral on almost every dinner table in the world.  There are still companies making millions of dollars due to the high volume of sales. Yet even though salt is common and cheap we are now seeing collector boutiques for rare or unusual colours and flavours of salt being sold at higher prices.

While diamonds will never be as cheap as salt, they will eventually hit a price-point that will allow a much greater volume of consumers a chance to own them. In the long run this is great news for consumers and the diamond trade as a whole. But the short term effects will be brutal and fatal for many diamond businesses.