I find this article, Diamonds are bullshit, quite disturbing, mostly because I agree with it.  The diamond business is based on one of the greatest long-term marketing plans ever conceived and it worked beautifully.

Let’s look at more recent events that are leading to a possible collapse of the diamond market.  De Beers relinquishing control of its monopoly certainly helped to lower diamond prices, especially on smaller stones.  But they are still the major player on the field and have a strong influence on the market

The initial blow to the diamond industry was the collapse of the economy.  At first it caused a drop in retail diamond sales as people held back on spending, resulting in lower demand at the wholesale level. Dealers lowered prices of less desirable goods to raise cash and hoarded very fine stones.  It was chaos with diamond prices fluctuating wildly. 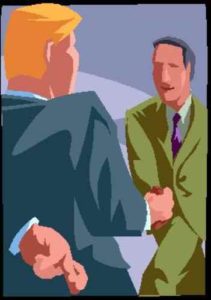 Consumers started to sell gold jewellery for quick cash to pay bills.  Soon they had to dig deeper into their jewellery boxes to bring out “The Good Stuff”, jewellery that was purchased or handed down across generations to be worn and enjoyed but also as a way to store wealth.  Since diamond prices have gone up every year, these were the goods that would not only save the day, but give them a fresh start. As they went to sell their goods, they got a rude awakening

Almost all of the buyers were offering scrap prices and actually melting the goods.  They had to melt because jewellery simply was not selling at retail at any price.  There was so much jewellery being sold for scrap that melee had become virtually worthless on the secondary market. Buyers paid for gold only and got the diamonds for free.  That 10ctw bracelet with 300 diamonds was worth only a few hundred dollars. Diamond dealers were calling on gold buyers to buy break-out melee, offering as low as $15 per carat for unsorted and un-cleaned goods.

On larger diamonds the shock was even worse.  Fly-by-night jewellery buyers offered $100 per carat or less, even on larger stones.  Legitimate jewellery buyers still needed to pay significantly below wholesale to make it worth parting with cash, knowing they can always get a stone in on memo to meet a customer’s needs.

Thanks to technology we have HPHT treated diamonds, fracture-filled, lasered diamonds, coated diamonds, and synthetic diamonds.  Thanks to the internet and media exposés the public knows that there are sellers that will lie about them

The bottom line is that we lost the consumer’s trust.  For the last 75 years we have been telling the public that a diamond has a lasting value that goes beyond the pleasure of wearing it, that it is indeed a valuable commodity. They have discovered that the reality is quite different than we promised.  All we sold was gold, nearly worthless shiny pebbles and a dream.