The Bangkok show ran from September 10 through the 14th.  As always, it was well run and efficient.
My first impression was the turnout seemed better than the last time I attended in 2013.  There was a general feeling of optimism in spite of the economic situation. Attendees seemed eager to get on with business.

The show itself was slightly smaller than my last visit but still a large show with 1800 exhibitors taking 3000 booths.  Pre-show estimates were 30,000 visitors; however I do not know the final tally.

The strength of the Bangkok show is always the amazing display of coloured gemstones and this year was no exception.  Other segments of the jewellery industry were well represented with sections of the show dedicated to silver jewellery, gold jewellery, diamond jewellery, designer goods, technical equipment, and rough and specimen stones.  The one very important segment of the industry that was poorly represented was unstrung beads and beading supplies.

The busiest section of the show was technical equipment and tools.  3D printers generated a lot of excitement as prices are coming within reach of many smaller manufacturers.  Even  individual custom designers and independent jewellery stores are getting on the 3D modelling bandwagon. 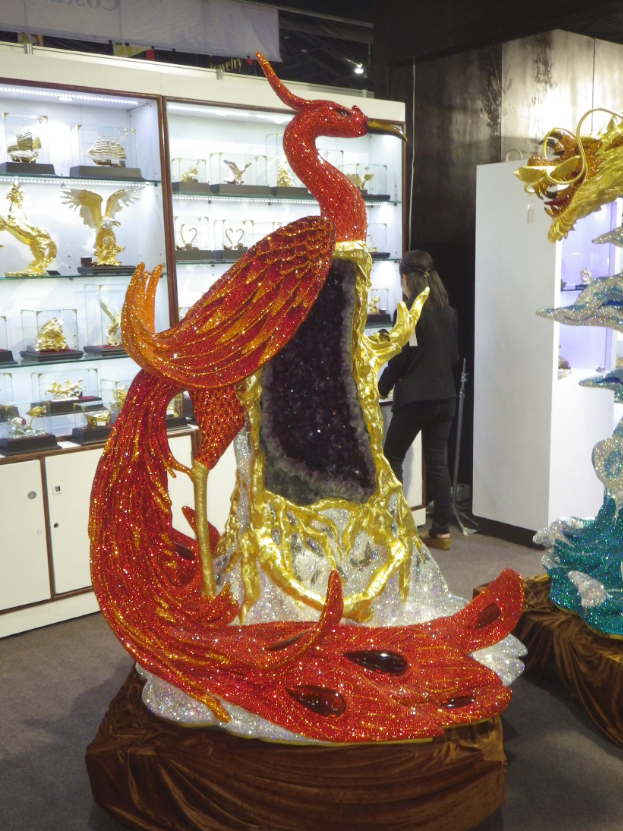 Traffic was slow but steady in most of the other sections.  Affordability is the key to jewellery sales in today’s market. Gold and diamond jewellery seems to finally be making a comeback thanks to a drop in gold and diamond prices.  Silver and fashion jewellery are still very strong.  The action for loose diamonds and coloured stones seemed to be more of a single stone, special call market rather than parcels.

The newest styles tend towards light weight, whimsical designs, bringing fun and romance back into jewellery.  Heavy, pretentious shows of wealth are in a decline.  Diamonds are popular again but more with nice displays of smaller stones or as accents to colour rather than large centres or power jewellery.

Despite the good traffic, many of the vendors I spoke with were reporting slow sales.  Some of them blame the economy and are patiently waiting for recovery.  Others expressed opinions that some of the larger buyers were holding off for the Hong Kong shows.  The vendors that set up at both shows were optimistic about the Hong Kong show while those that only set up in Bangkok were concerned but had hope of getting orders as the holidays get closer.

Next week…my first visit to the Hong Kong Shows!