“Nothing in life is to be feared, it is only to be understood. Now is the time to understand more, so that we may fear less.”
─ Marie Curie 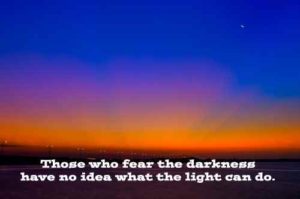 “Those who fear the darkness have no idea what the light can do.”

The jewellery industry took another hit to its image with a feature on clarity enhanced diamonds being sold without proper disclosure.

This is nothing new. The media rolls out some sort of expose on our industry on a fairly regular basis. At least this time it aired in July instead of during the ever-so-important holiday selling season. Ms. Matlins brings her expertise to the show with her usual calm and knowledgeable demeanour. It was also nice to see them highlight a professional diamond dealer that understood the treatments and disclosed them in an open, honest and easy to understand manner. We rarely see that balance in the American press. So as far as an expose goes it was pretty good but it still spreads fear and takes some of the shine off our image.

Jewellery is a common target for media exposes because of its mystique and prevalence of potential problems like treatments, gold content, and identifications.  It is essentially a blind, but often very expensive purchase. People are afraid of getting taken.  It is a sexy subject and the media loves to accent the fear and distrust.

We create fear within our own ranks. As I mentioned a couple weeks ago, there have been several industry investigations into grading variances between different diamond labs.  The result is that all labs become questionable.  With this fear we begin to lose faith in our own standard bearers.

Every time a new gemstone treatment or synthetic is discovered the industry media, and sometimes the public media, WARNS us when they should INFORM us.  But panic sells.  Sometimes the fear mongering is profitable.  Fear of Cubic Zirconia or Moissenite sells a lot of electronic testers. But with just a few minutes of training almost anyone can make the separation with a loupe.  Instead an entire industry was created to accommodate the fear.

It gets even worse.  On a popular professional forum there is a very lively discussion concerning announcements by a prominent, but controversial, gemmologist that routinely authors articles promoting suspicions of unknown treatments in a variety of gemstones.  The problem is that the fear is being presented to the public before the facts have even been proved and understood.  In several cases, there was no new treatment.  But the fear remains;the misinformation gets spread by others and the author makes sales.  Sadly, this debate has gone beyond lively to the level of all-out war with childish and even threatening behaviour.  I am glad it is a private forum as this is shameful and would be devastating to our industry’s image that professionals would behave in such a manner.

Our industry has enough challenges with the economy, metals prices, treatments and other issues.  We don’t need to use fear to point out our problems.  We need to calmly and clearly lay these issues on the table and work together in a cooperative and professional manner to address them.  We need to polish our industry’s image and promote professionalism and good will.  Let’s stop spreading fear and start spreading our love for jewellery.  Our survival depends on it.

← What’s in a name?
Jewellery Retail: The Dissatisfied Customer →